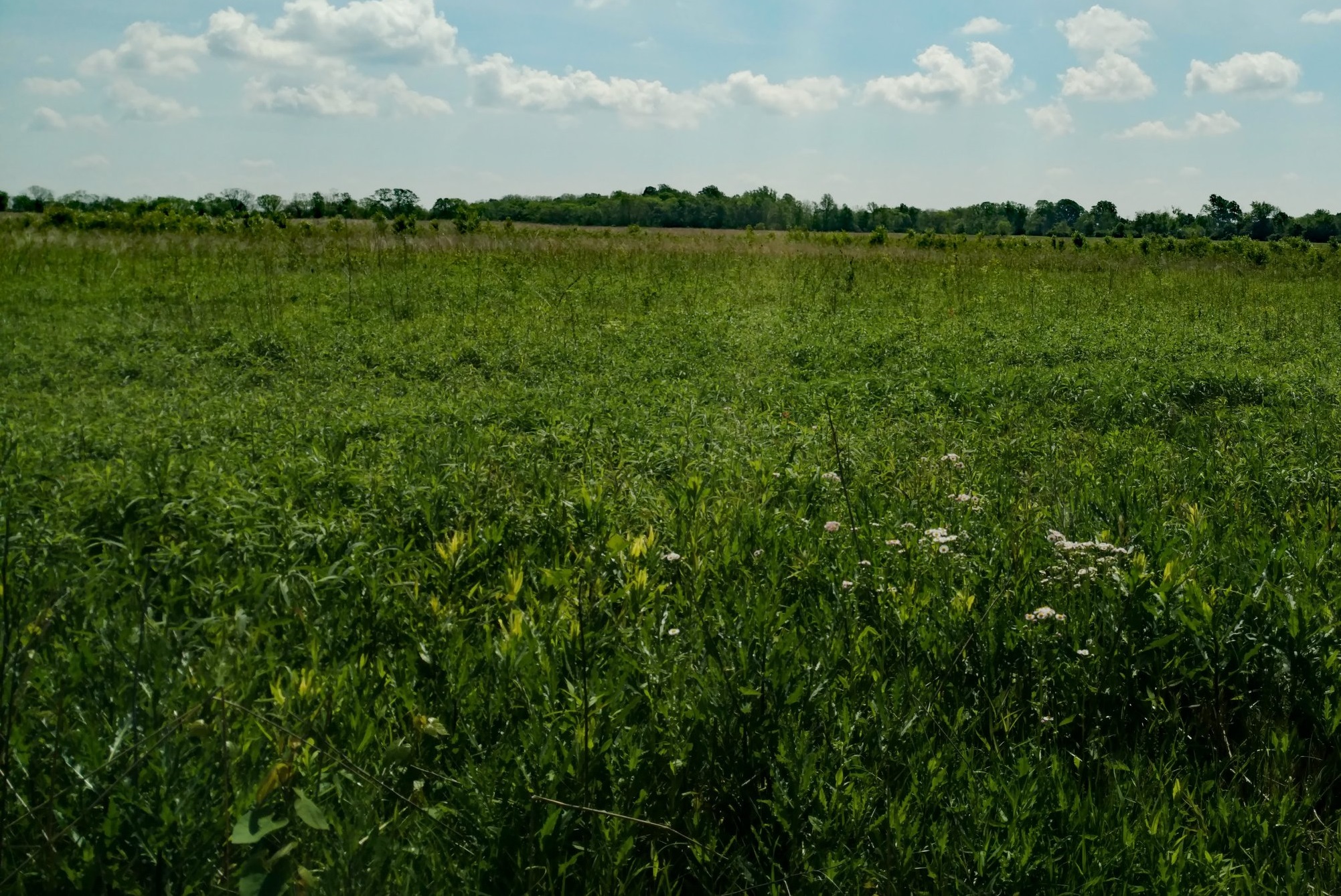 JUNE 12, 2019: In 1995, Five Rivers MetroParks provided prairie seed to Aullwood Audubon to plant a 140-acre prairie known as the Paul E. Knoop, Jr. Prairie, located on the corner of U.S. Route 40 and Fredrick Pike. In the nearly 25 years since its planting, the Paul E. Knoop, Jr. Prairie has become a key part of the rich ecosystem that includes Englewood and Aullwood Garden MetroParks and Aullwood Audubon Center and Farm and has attracted abundant resident and migratory fauna while maturing to one of the oldest reconstructed prairies in the state.

Recently, Five Rivers MetroParks learned that the City of Dayton is negotiating with a developer for a commercial development on all but 27 acres of the prairie. MetroParks has informed the City of Dayton that it is opposed to this development because of significant potential impacts. In addition to the loss of valuable habitat, increased storm water runoff and stream degradation has the potential to impact Aullwood Garden MetroPark, Englewood MetroPark, and Aullwood Audubon Center and Farm.

The Paul E. Knoop, Jr. Prairie is the site of the headwaters of Wiles Creek, a tributary of the Stillwater River, a State Scenic River. Wiles Creek runs through Aullwood Audubon Center and Aullwood Garden MetroPark. Should the proposed development go forward, the loss of the prairie’s absorptive properties and the development’s impervious pavement and roof would increase stormwater runoff from the site. This increased flow would have significant impact on the downstream cultural assets, causing erosion and damaging their natural habitats.

Prairies serve a vital role in our local region as home to critical pollinators populations, such as bees and butterflies, required for food production. Paul E. Knoop, Jr. Prairie was also identified as one of the last places where native quail were observed in the northern part of Montgomery County. A multi-agency effort is exploring ways to reintroduce this threatened species and ODNR has indicated that habitats which recently supported this species would be considered high value to preserve for re-introduction.

Five Rivers MetroParks’ purpose is to protect natural areas, parks and river corridors, and to promote conservation and the use of these lands and waterways for the ongoing benefit of the people in the region. MetroParks also understands and supports the value of economic development to improve the region’s vitality. Our natural systems play a critical role in the local economy by creating places where people want to live work and play. These two regional needs can and should work together to ensure a vibrant and healthy region. The loss of over 80% of this prairie will have too great an impact on the surrounding parks and natural systems.

Five Rivers MetroParks will continue discussions with the City, Aullwood Audubon and other partners regarding its opposition to the potential development of the Paul E. Knoop, Jr. Prairie property.