Protecting the region's natural heritage for more than 50 years

In 1963, Dayton was growing … quickly. A group of local citizens became concerned about the pace of this growth and how “urban sprawl” had found its way to our region, threatening the balance of developed versus natural areas. These committed individuals fought to preserve our natural areas by establishing a county-wide park district to acquire and manage open space for the recreation and enjoyment of people in the metropolitan region. Thanks to their early efforts, Five Rivers MetroParks has been able to maintain forests, prairies, wetlands and other native habitat where wildlife thrives and people can make personal connections with nature for more than 50 years.

To learn more about the history of Five Rivers MetroParks:

There are many “hidden” events and significant milestones that helped shape your MetroParks as you know them today. 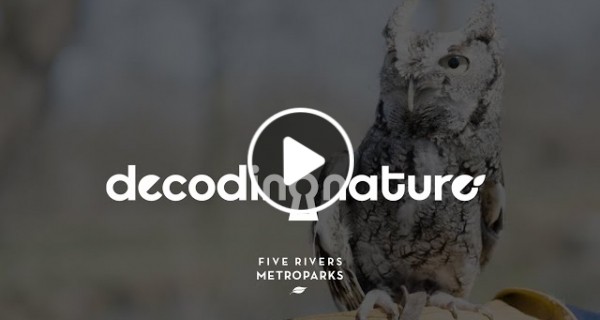 Are you ready for an adventure? MetroParks has teamed up with the awesome folks who create Decoding Dayton for a look at the past, present and future of your MetroParks, and the role access to nature has played in the Dayton region’s development. From traveling the trails to searching for wildlife, join us to discover all the elements that make Dayton the outdoor adventure capital of the Midwest.

Episodes are 12-18 minutes long and free to watch on Nearu TV.

A new episode of Decoding Nature will debut on the last Friday of each month, beginning in June and ending with the seventh episode in December. Episodes are:

Discover rich diversity of historical assets as unique as our MetroParks