Protecting open space and natural areas is a priority for Five Rivers MetroParks, which protects nearly 16,000 acres of land — 90 percent of it in its natural state.

Natural areas in MetroParks are managed so that habitat for plants and wildlife takes precedence. Doing so preserves clean water and air, supports plant and wildlife biodiversity, and provides beautiful places where people can connect with nature.

Five Rivers MetroParks is guided by these land protection goals:

In addition, MetroParks’ conservation department is guided by these principles:

In addition to its parks, Five Rivers MetroParks protects conservation areas, which are significant tracts of land primarily in a natural state with minimal infrastructure. Three of these have enhanced public access — Dull Woods, Medlar and Woodman Fen — while other conservation areas (listed below) currently have very limited access due to lack of trails and parking. 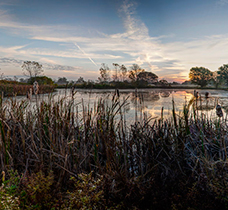 The story: Five Rivers MetroParks is converting this area to grassland, forest and wetlands. It includes 360 acres that are a mitigation bank, previously farmland and once slated for a landfill. The remaining 180 acres are the former Larch Tree golf course, which Five Rivers MetroParks acquired in 2015. The land is still developing different habitats but already includes wetlands and prairie, and thousands of tree seedlings have been planted. The mitigation bank also serves as a regional economic development tool: If an existing wetland is damaged, qualified developers can purchase federally required credits from the Great Miami Mitigation Bank. The funds are used to restore wetlands at the mitigation bank and support other projects in MetroParks. Because wetland banks are on larger tracts of land, they are more effective at replacing the wetlands that are lost. The Great Miami Mitigation Bank is the first mitigation bank in Ohio owned, designed and managed by a conservation agency.

Why it’s important: Acting as the kidneys of our ecosystem, wetlands improve water quality and help with flood abatement while providing plant and wildlife habitat. This conservation area, with its vicinity to Sycamore State Park, represents one of the largest tracts of open land in Montgomery County, creating critical habitat for such native wildlife as rare bird species. Combined with the adjacent Larch Tree golf course, the area makes up more than 500 acres of contiguous wildlife habitat just west of Dayton. Since the mitigation bank was established in 2008, volunteers have spotted more than 89 species of birds at the wetland, including Ohio endangered species, such as American bittern and sandhill cranes, and state species of concern, such as sora rails, bobolinks, grasshopper sparrows and sedge wrens. This site also provides a unique opportunity to study wetlands and greenhouse gases in a partnership with Kansas State University. 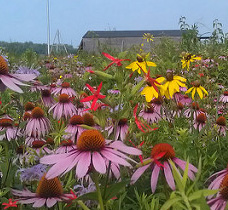 Location: On Wright-Patterson Air Force Base (WPAFB) and adjacent to the Huffman Prairie Flying Field, where the Wright brothers once tested their planes and now part of the Dayton Aviation Heritage National Park.

The story: MetroParks has partnered with WPAFB, The Nature Conservancy, U.S. Fish and Wildlife Service and National Park Service to restore and manage Huffman Prairie. Since 1988, these partners have harvested seed, restored degraded sections of the prairie, conducted controlled burns and coordinated research projects.

Why it’s important: Today, the Huffman Prairie State Natural Landmark is one of the largest prairie remnants in Ohio. Many rare plants, birds and insects make the prairie their home. Indeed, Huffman Prairie hosts one the best displays of Ohio prairie grasses and flowers, as well as impressive populations of rare grassland birds, such as bobolinks, dickcissels and sedge wrens. Other unusual species documented on the prairie include the smooth green snake, thirteen-lined ground squirrel, and more than 200 species of butterflies and moths — including one found only in this prairie. 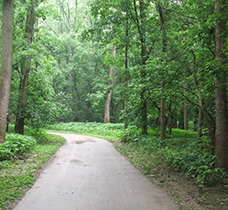 The story: This area is largely characterized by floodplain forest. The Great Miami River Trail passes through the north section. Five Rivers MetroParks is controlling honeysuckle and other invasive species, reintroducing native shrubs and trees, and establishing a tallgrass prairie to ensure a diverse future forest.

Why it’s important: This tract of land contains mature woodlands at a key location — along the corridor of the Great Miami River. 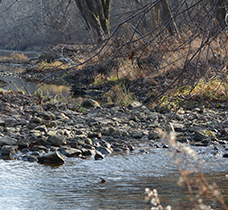 Location: adjacent to the Stillwater River in Montgomery and Miami counties, near Old Springfield Road and State Rt. 48

The story: MetroParks is controlling honeysuckle and other invasive species and maintaining a meadow grassland. 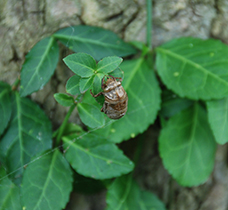 Location: along the Stillwater River north of Dayton, near Meeker Road and Westfall Drive

The story: MetroParks is controlling honeysuckle and other invasive species to ensure a diverse future forest.

Why it’s important: River Ridge includes rich upland and bottomland forest at a key location along a river corridor. The area also provides a nature trail for the neighborhood. 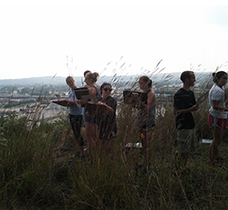 The story: Sand Ridge is a prairie remnant on a steep west- and southwest-facing slope of a glacial kame, a hill composed of sand and gravel. Nearly all the land around the remnant has been heavily modified by gravel mining. Five Rivers MetroParks’ priority is maintaining the intact prairie remnants and recovering the remaining land.

Why it’s important: This sand slope prairie, more characteristic of the western part of the Great Plains, is unique in this part of Ohio. Rarities found at the site include two species of grass found nowhere else in Montgomery County. The site also contains green milkweed, an important plant for pollinators. 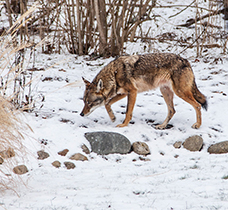 Location: along the Stillwater River between Wegerzyn Gardens MetroPark and Englewood MetroPark

The story: Five Rivers MetroParks is controlling honeysuckle and other invasive species, reintroducing native shrubs and trees, and protecting a tallgrass prairie planting to ensure a diverse future forest. The agency also is managing such habitats as meadows, pond-edge vegetation, wetlands and ponds. 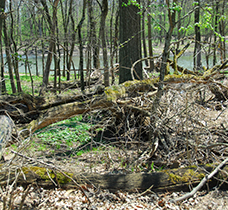 Location: located in two separate tracks along the Stillwater River north of Dayton, near Frederick Pike and Shoup Mill Road

The story: MetroParks is controlling honeysuckle and other invasive species and reintroducing native shrubs and trees to ensure a diverse future forest. 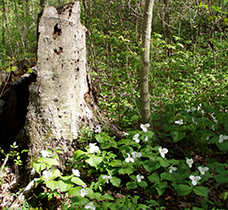 Location: along the Twin Creek northwest of Germantown MetroPark

The story: Five Rivers MetroParks is controlling honeysuckle and other invasive species, reintroducing native shrubs and trees, and managing such habitats as meadows, wetlands and ponds.

Why it’s important: This undeveloped land contains an outstanding tract of old growth forest, mature floodplain forest, young woodland and former crop fields. It is exceptionally wild and quiet, and its vicinity to Germantown and Twin Creek MetroParks creates a large tract of wilderness that provides critical habitat for wildlife. It has outstanding views of Twin Creek and the potential for a future connection to the Twin Valley Trail.

Five Rivers MetroParks has developed a 10-year comprehensive master plan to guide the future of its parks, facilities and services and will to ensure our resources are aligned with current and future trends, community values, and the Montgomery County region’s changing demographics.

Learn more about the plan

You can help us protect additional land in the future by donating to the Conservation Land Permanent Endowment Fund today by making a tax-deductible, online contribution to the Five Rivers MetroParks Foundation:

Visit places that have benefited from responsible management