Explore the Miami Valley and beyond.

The 340 miles of the Miami Valley Trails are part of a larger network of the U.S. Bicycle Route System (USBRS) and the Adventure Cycling Route Network.

These routes are gaining in popularity along with the growth of bicycle tourism so you may encounter bicycle adventurers from around the world who are traveling these routes through the Miami Valley.

You also don’t need to stop when you get to the end of the Nation’s Largest Paved Trail Network, follow a USBR or Adventure Cycling Route and join the adventure! 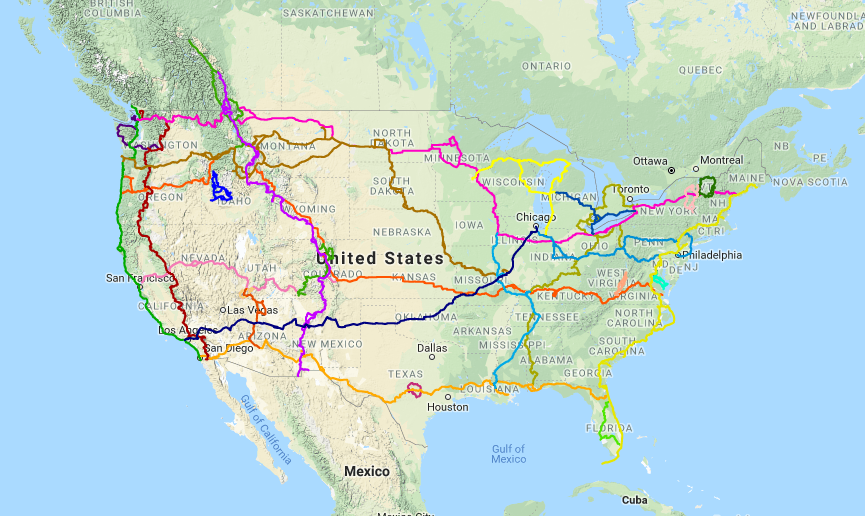 Adventure Cycling Routes are made up of a main route and include spurs and alternate routes allowing you to customize your experience.

The route network is popular with traveling cyclists because the routes are fully mapped with the needs of a cyclists in mind and the routes are typically not the shortest distance between A and B. The route will often wander a bit on more rural or less trafficked roads.

Adventure Cycling maps include turn-by-turn directions, detailed navigational instructions for the tricky sections, and elevation profiles. The maps provide information specifically for cyclists: the location of bike shops, sources for food and water, and listings of overnight accommodations including camping facilities, small hotels, and cyclists-only lodging. 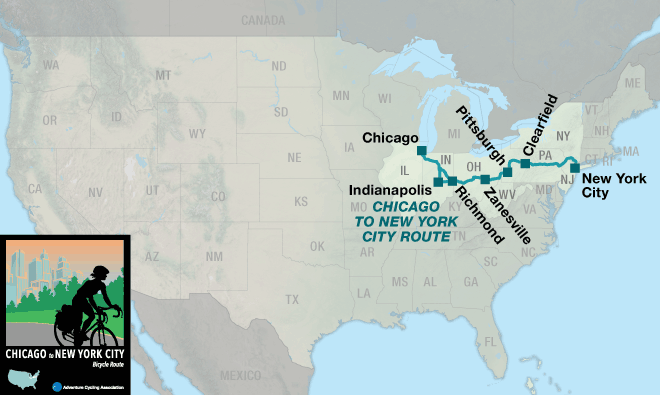 The CNYC can be combined with Bicycle Route 66 for riders who wish to continue to or start on the west coast.

In addition to the Great Miami Riverway Alternate (GMRA)  you may also be interested in the UGRR Detroit Alternate, UGRR Pittsburgh Spur, or the day-trip rides in Ripley, Ohio (PDF). 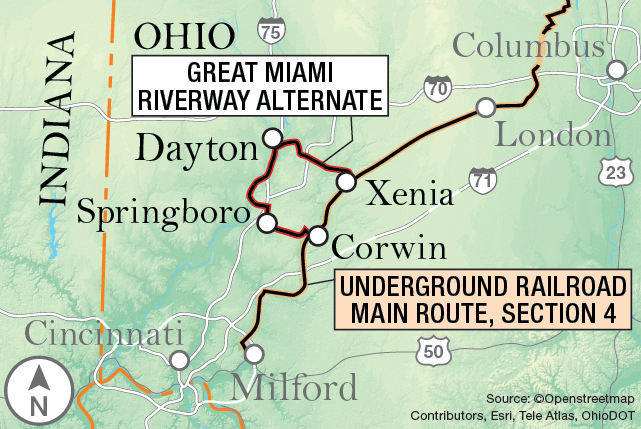 The 51.4 mile Great Miami Riverway Alternate (GMRA) provides travelers with the opportunity to experience the rich history of Warren, Montgomery, and Greene Counties by traveling through quaint communities and along the urban riverfront of Dayton, an Outside Magazine Best Town.  Much of this alternate route connects the river towns and amenities of the Great Miami Riverway.

You’ll discover hidden nuggets of fascinating facts around every bend.  You’ll travel from Corwin and Waynesville through Springboro on road before transitioning to off-street paved trails for the remainder of the route through Miamisburg, Dayton, and on to Xenia.  Miamisburg is also proud to be the Sister City to Owen Sound, Ontario; the northern terminus of the Underground Railroad Bicycle Route (UGRR).

While long distance cyclists on the main route of the UGRR have a 51 mile alternate route to experience the rich history along the GMRA; local cyclists can experience a weekend tour by choosing to loop back to their starting point using the Little Miami Scenic Trail to create a 65 mile tour with B&B and trailside camping opportunities at several places along the route. 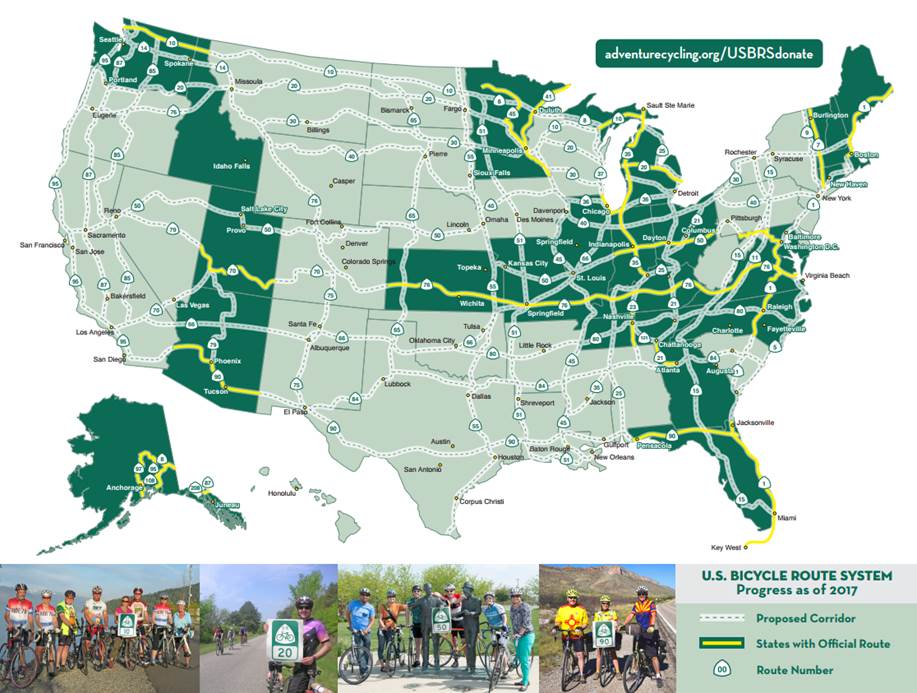 The U.S. Bicycle Route System (USBRS) is a proposed national network of bicycle routes, which will link urban, suburban, and rural areas using a variety of appropriate cycling facilities. In some states, Adventure Cycling routes will be incorporated into U.S. Bicycle Routes, along with other regional and state routes.

To get maps of designated U.S. Bicycle Routes, visit Adventure Cycling’s  “Use a U.S. Bicycle Route page”.  The USBRS system is an ongoing project with individual routes designated at the state level (dark green state/yellow route on map below).  12,000 miles in 25 states have been designated. 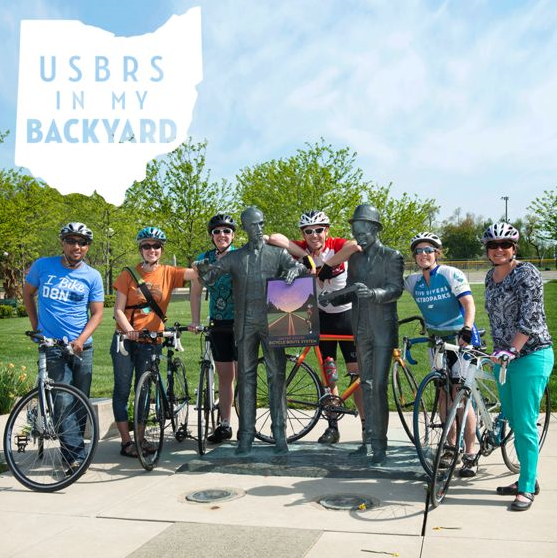 USBR 50 was officially designated in Ohio in 2014 with signage installed across the state in 2017. This designated route is one more link in an east to west national bicycle route.  In Ohio the route travels 313 miles from near Richmond, Indiana to Steubenville, Ohio utilizing both shared use paved trail and on road infrastructure.

MetroParks offers camping opportunities to cyclists traveling along the Touring Routes in the Dayton Region.

To ensure your safety and enjoyment and that of other park visitors, and for the safety and protection of MetroParks facilities, please review abide by all park rules.

Management of the paved trails is shared by multiple agencies in the region. When reporting issues, check trail signage to see which agency manages the section you are on to insure proper routing, or use this form to report a problem.

When planning your trip, check out the latest information and interactive map at the Miami Valley Bike Trails website.