The climate’s changing, but so can we 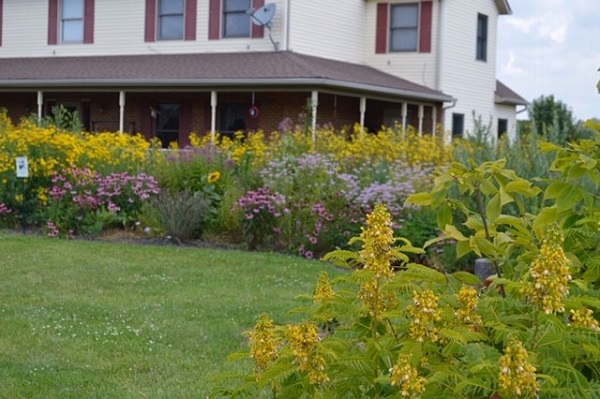 Indicators of climate change are in our faces like never before.

Hurricanes, tornadoes, fires, floods and droughts are becoming more common and more intense. The ocean is warming at a rate 24 percent faster than normal and that rate is expected to rise. The average sea level is six to eight inches higher than it was in 1900 and is increasing at a rate of 0.10 inches per year. And we are losing species 1,000 times faster than the natural, expected rate.

These global data are almost too much for our minds to process, though, so let’s focus on local trends. For example, according to the Miami Conservancy District, local precipitation has increased exponentially since the early 1990s — in 2018 it was 10 inches above the 30-year average of 40.30 inches. Given that flooding is the most deadly and expensive of the natural disasters, this is a disturbing trend. And Ohio has lost one-third of its butterflies over the past 20 years due to habitat loss.

It is scary? Absolutely. Are these problems going to get worse? If we maintain the status quo, they will. Is there anything we can do to change it? Yes! You might think that these forces of nature are outside of our control, but we are not helpless. As cohabitors on this planet, we can have a positive impact on our air, our water and our land. According to a report from the Intergovernmental Science-Policy Platform on Biodiversity and Ecosystem Services, local changes can slow or reverse climate change trends.

You can begin in your own backyard. Plant native species not only to protect the species themselves but to create habitats for native creatures to thrive. Natives also pull carbon dioxide from the atmosphere and absorb more rainwater than their exotic counterparts and over-mown, fertilized lawns, which offer little or no benefit for wildlife. Will planting some wild bergamot save the world? Well, probably not. But it will create a food source for caterpillars, which provide nourishment for birds so that the birds can rear their young or survive through the winter, which improves biodiversity in your neighborhood. A patch of wild bergamot also supports pollinators, which produce 35 percent of the food we eat.

Five Rivers MetroParks is committed to being the region’s conservation leader. Will you join us in making Dayton a place where the environment is changing for good?