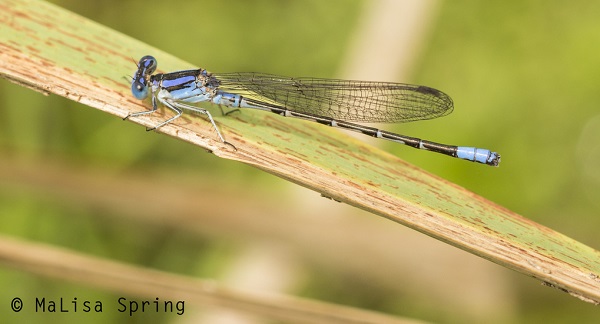 MaLisa Spring, a dragonfly expert from the Museum of Biological Diversity in Columbus, joined the search and was thrilled when the group spotted a large population of Paiute Dancers, a damselfly more common to western states. The band-winged meadowhawk — again, more common in the West — also made an appearance that day. The presence of these rare-to-Ohio species is “a testament of the uniqueness of the site,” said Spring, who also coordinates the Ohio Dragonfly Survey.

Five Rivers MetroParks biologist Grace Dietsch says this uniqueness comes from the mitigation bank’s diverse ecosystems. From wetlands to prairie to a stream bed, the habitats are conducive to a wide range of species. The fact that these dragon and damselflies have landed there “are an indicator that ecosystems are functioning the way they should be,” Dietsch says.