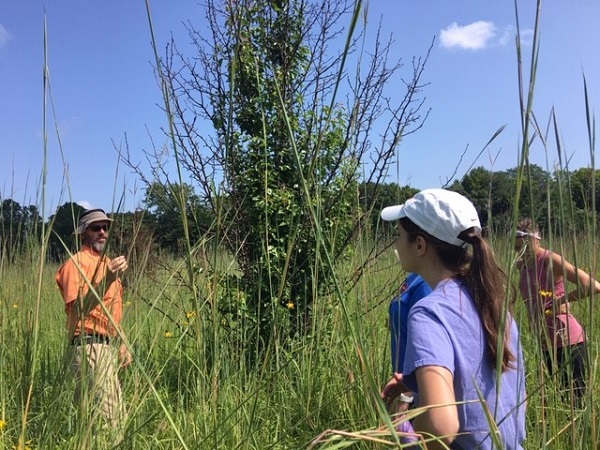 Like Audrey II in the movie “Little Shop of Horrors,” the callery pear tree is like an alien pod bent on taking over the world — well, if not the world, at least large swaths of our forests, grasslands, and parks.

But University of Dayton master’s student Meg Maloney is determined to stop the spread of this invasive exotic, an offshoot of the Bradford pear, which started to become a suburban landscape staple in the 1960s. (Read more about the callery’s history.)

Working with the Five Rivers MetroParks parks and conservation team, Maloney is experimenting with everything from fire to ice to kill the callery, which crowds out native plants needed for a healthy, diverse ecosystem. At the Shiloh Woods Conservation Area, she’s tried cutting it to ground level and burning the stump. At the Medlar Conservation Area, she plans to freeze the tree’s cambria layer with liquid nitrogen — because the callery doesn’t grow in areas of the country where it gets below a certain temperature for a certain number of days.

It’s unclear how effective these methods will be for a plant that seems not only to adapt to but thrive under attack. For example, a callery that’s mowed to the ground will drop up to six dormant buds, which can take root and grow as tall as six feet in one year. And it can grow in the worst soil and has no apparent natural predator. It’s also one of the more under-studied invasives, so there’s little data on how to manage it. 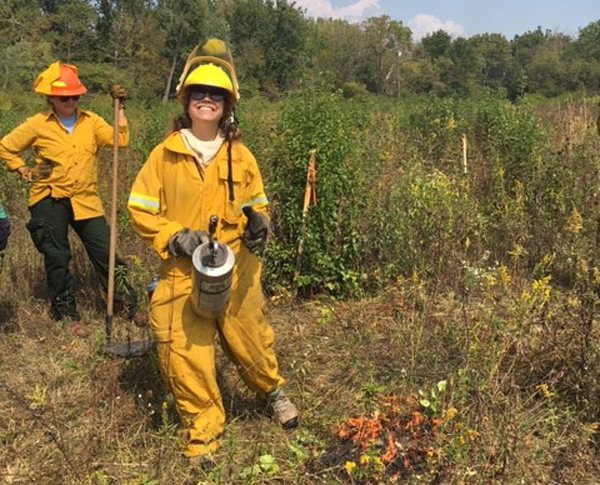 “Herbicide has shown some potential,” Maloney says. “But I’m just gonna get a blow torch.” She’s not kidding — she’s hoping there’s a heat level that will be the callery’s match. Meantime, she says, “we need a scientist to create a birth control for this plant.”

You can learn more about invasive plant species from the Ohio Invasive Plants Council website.