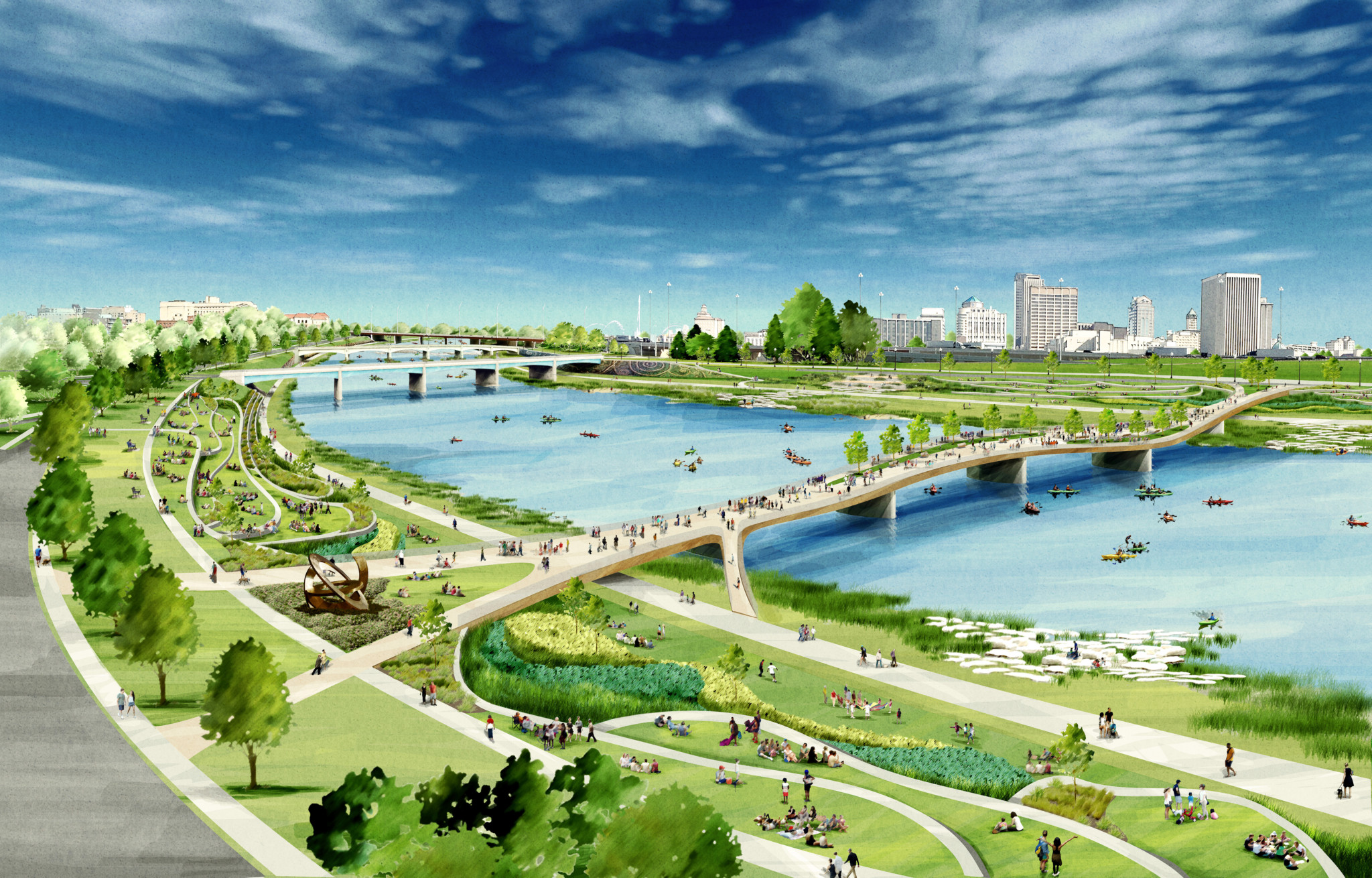 Community partners — including Five Rivers MetroParks, the city of Dayton, the Miami Conservancy District and others — seek public input about the future of downtown Dayton’s riverfront during a Nov. 5 open house.

The public can provide feedback about the further development of Sunrise MetroPark, 50 Edwin C. Moses Blvd., and the proposed creation of Sunset park, which would be located across the Great Miami River. Another idea calls for the parks to be connected by a new bridge park — a green space that also serves as a pedestrian bridge — spanning the river.

“These parks would straddle the river on the west side of downtown, reaching into Dayton’s west neighborhoods,” said Carrie Scarff, chief of planning and projects for Five Rivers MetroParks. “The parks would build on the concepts of peace and unity already prominent in that area of the river.”

The public open house will be held Tuesday, Nov. 5, from 6 to 8 p.m. at the Dayton Masonic Center, 525 W. Riverview Ave. Stop in at any time during the open house to provide feedback.

After the open house, project consultants and community partners will participate in a charette. During this intensive planning session, stakeholders will use public feedback to synthesize ideas — ultimately creating a collaborative, community-based plan.

That plan will be presented the following day during another public meeting held Wednesday, Nov. 6, at 4 p.m. at the Dayton Masonic Center, 525 W. Riverview Ave.

“Of all the projects proposed for the Dayton Riverfront Plan, Sunrise-Sunset is the one that everyone found most exciting,” Scarff said. “The main idea is to create two parks on both sides of the Great Miami River in downtown Dayton and have them speak to each other across the river. This will transform the west riverfront from a place that used to divide our city in terms of east and west, black and white, into a place where the city unites.”

Lead consultant Human Nature is working with OJB and Stantec to develop the plan. OJB president and nationally recognized bridge park designer James Burnett — whose projects include the 11th Street bridge in Washington D.C. and Klyde Warren Park in Dallas — also is involved in the development of the Sunrise-Sunset parks plan.

In 2018, Sunrise MetroPark and the future Sunset Park were identified as a priority of the 20-year Dayton Riverfront Plan, a plan to harness the 12 miles of greater downtown Dayton river corridor as a catalyst for vibrant placemaking, community economic development and more.

To learn more about the Dayton Riverfront Plan, visit daytonriverfrontplan.org.