Native Plants Get Their Own Law 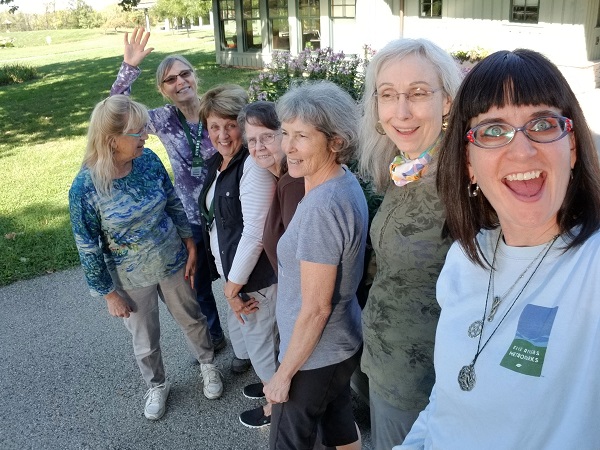 A new Ohio law doesn’t make it a crime to plant non-native flowers, trees or shrubs, but Amy Sellers hopes it will make people think twice about what they’re putting in their yards and gardens.

“I’m kind of a native plant dork,” says Sellers, a horticulture technician at Cox Arboretum MetroPark. And she hopes that House Bill 59 — which Governor Mike DeWine signed last month to designate April as Ohio Native Plant Month — will turn other people into raving native plant fans, by raising awareness of the value of these plants and the damage caused by invasive species like honeysuckle.

“Not everyone knows why they should only plant natives,” Sellers says. “With a whole month about native plants, maybe they’ll do more research on them — maybe they’ll ask nurseries to reconsider selling non-native species.”

Sellers has been doing her part to spread the love and seeds of native plants since she moved to Dayton from Oregon two years ago. She leads a group of volunteers who propagate thousands of native wildflowers for the whole park system. In early August she and the team planted 840 wildflower, wetland and prairie seedlings at Hills and Dales MetroParks, and they’ll be taking a few hundred plants to Sugarcreek MetroPark soon.

“Native plans are really important for pollinators and for entire ecosystems,” Sellers says. “There are even natives that are specific for certain areas within the state.”

You don’t have to wait until next April to go native, though. Join Sellers’s volunteer group or check out the Ohio Department of Natural Resources website, which has pages of information about invasive species and lists of plants that call Ohio home, and then start planting. Wildflower plugs can go in the ground now, and once winter comes you can scatter native wildflower seed.

Says Nancy Linz, a horticulturist from Cincinnati who helped get HB 59 across the finish line: “Together we can ‘Take Back Ohio’ from invasive plants.”