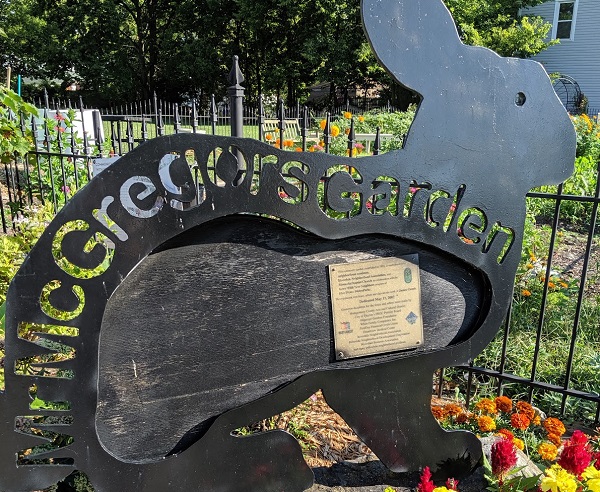 The half-dozen or so plots at McGregor’s Garden on Helena Street in Dayton are framed by an elegant wrought iron fence. A large iron rabbit stenciled with the garden name keeps watch just to the right of the entrance gate. This 26-year-old garden, one of the oldest in the city, is welcoming and well-protected at the same time.

The rabbit is stalwart, but McGregor’s most devoted protector is community garden coordinator Victoria McNeal, who helped plan the garden in 1993 and has managed it steadily since 2004, after taking time off to raise her children.

McNeal says she’s passionate about this garden because it’s a bright spot in a neighborhood that has struggled, especially after the recession. It’s been therapeutic for her, too. “Working in the garden has helped a lot of my issues,” says McNeal, whose husband, father and sister all died within a short timespan starting in the late 90s. “I’d get mad and I’d come up here and dig up weeds. It’s a soothing balm.”

McGregor’s gardeners, including a woman from Zimbabwe, grow a variety of crops, from tomatoes, zucchini and okra to nasturtiums, sunflowers and four o’clock flowers. McNeal’s plot is packed with tomatoes, marigolds, basil, peach trees and squash. “I gotta check to see if I have squash bugs,” she says, making her way past a Cincinnati Reds T-shirt wearing scarecrow to her plants. “They’ve been having a field day.” 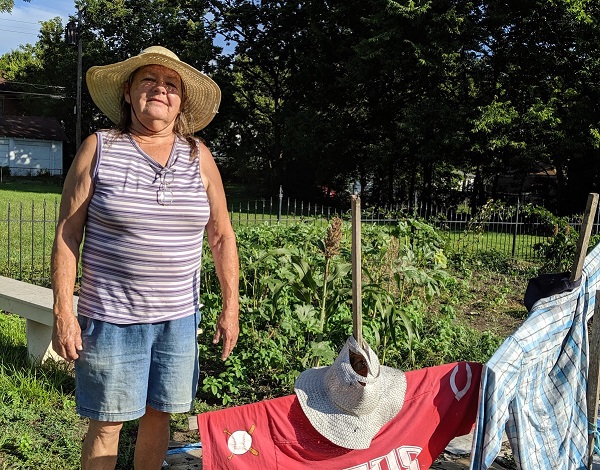 McNeal says she tries to eradicate the squash bugs by drowning them and encourages the other gardeners to use natural gardening methods, too, like fighting weeds with cardboard and newspaper barriers and composting with eggshells and coffee grounds. “It makes the vegetables taste better,” she says.

When passersby stop to talk to McNeal about McGregor’s — while she’s blasting bugs or mowing the grass round the fence — she invites them to come back in the spring to rent one of the plots. They’re only $10 each. Not many people have taken her up on it because gardens are a lot of work. But gardening has taught her patience, she says. “Not everything comes up right away.”