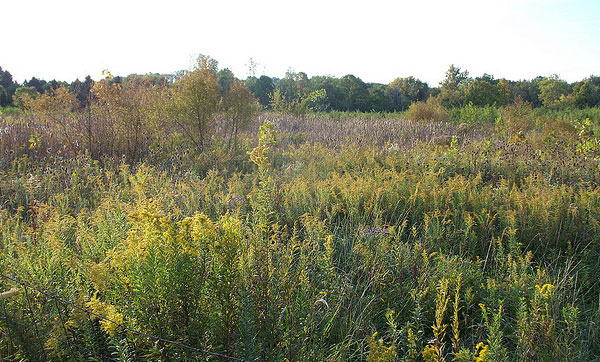 Donations to the new endowment fund also will help MetroParks maintain the more than 16,000 acres the agency protects and strategically acquire properties that protect and connect parks and other natural areas.

The Five Rivers MetroParks (FRMP) Foundation was able to create the fund after Five Rivers MetroParks made a strategic acquisition of a 62.4-acre property located near Frederick Pike and Needmore Road. With its proximity to the Stillwater River and Wegerzyn Gardens MetroPark, the property met two of MetroParks’ land protection goals: protect natural areas adjacent to river corridors and establish buffer areas to maintain open space.

“We’re so grateful to the Whitesells for their generous donation, which will help Five Rivers MetroParks protect our region’s natural heritage for generations to come,” said Alexis Larsen, Five Rivers MetroParks’ chief of philanthropy. “Now, those who would like to financially support MetroParks’ conservation efforts can donate to that fund, which will be used to maintain existing habitats and acquire properties that protect and connect natural areas. Plus, the timing couldn’t be better, as many are looking for ways to strengthen our community through year-end giving.”

Donations to the new fund also will go toward the permanent endowment, accruing interest and growing over time.

“Five Rivers MetroParks is a conservation agency, and the public has told us they want MetroParks to protect the Miami Valley’s natural resources,” said Eric Sauer, MetroParks’ planning manager. “We’re not interested in buying every piece of available property. We are strategic about protecting lands that create riparian buffers, properties adjacent to those MetroParks already owns, properties with distinct natural features, and those that connect corridors and parks.”

The Whitesell property increases the natural buffer between the Stillwater River and a developed area. It expands the Stillwater Conservation Area, which is part of the more than 16,000 acres of land MetroParks manages — 90% of it in its natural state, protected from development.

Work on the new property will begin this spring with soil testing, developing a plan to transition the land from its prior agriculture use to a natural area, and planting native grasses and wildflowers.

“You’ll see some pretty significant changes within a year,” Sauer said. “The bigger impact will be in the second to fourth years, and eventually, long after we’re here, it likely will be a woodland.”

A number of Five Rivers MetroParks locations once were farmland, such as Possum Creek and Sugarcreek MetroParks. MetroParks also is transitioning former farmland into natural area at Spring Run Conservation Area in Trotwood, and it’s transformed prior farmland now part of Germantown MetroPark into such habitats as prairie and wetlands.

“With the benefit of a few years of transitional planning, we’ll see the same results on the Whitesell property,” Sauer said.

“The new Land Conservation Endowment Fund allows donors to know exactly where their money is going,” Larsen said. “If you want to support and expand Five Rivers MetroParks’ conservation efforts, you can have a direct impact.”