A century ago, a portion of Possum Creek was home to the 200-acre Argonne Forest Park, a former amusement park. 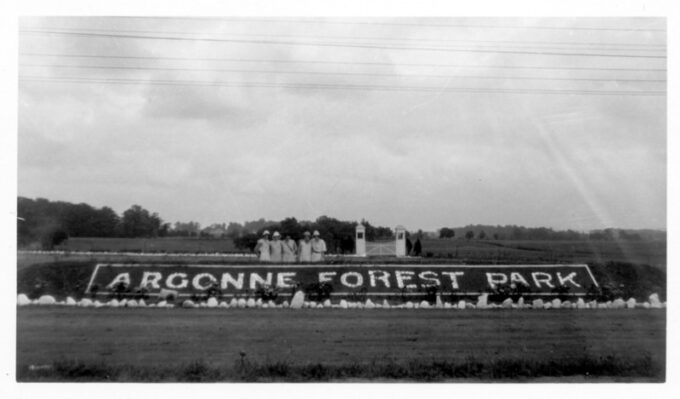 Null Hodapp founded the park, named after the World War I battle of Argonne Forest in France, where he served with the 322nd Field Artillery. Fellow WWI veterans built Argonne Forest Park in honor of those who served during the Great War.

Argonne Forest Park, dedicated in July 1927, served as a reunion grounds for veterans and their families. Local businesses, clubs and associations also rented the park for private picnics. It was home to such amenities as a clubhouse, midway, swimming pool and baseball field, where parades and sham battles were held.

Today, you can explore remnants of Argonne Forest Park, including a dance floor and streetcars used as cabins and for concessions, by hiking the 1.4-mile purple loop trail. Most hikers can complete this easy, natural-surface trail without a lot of elevation change in an hour to an hour-and-a-half.

With less vegetation to block views, winter and spring are a great time to see these remnants. This spring, new interpretive signage telling the story of Argonne Forest Park will be installed along the trail, adding a dose of history to your hike. Time has changed the landscape as a mixed hardwood forest has grown around the remnants and into the space once filled with open fields and beech woods.

While many amusement parks now are dominated by roller coasters and Ferris wheels, Argonne Forest Park was designed with amenities for people to play and enjoy the outdoors together.

Through the decades, one thing remains the same: Spending time outdoors improves your physical and mental health now as much as it did 100 years ago. 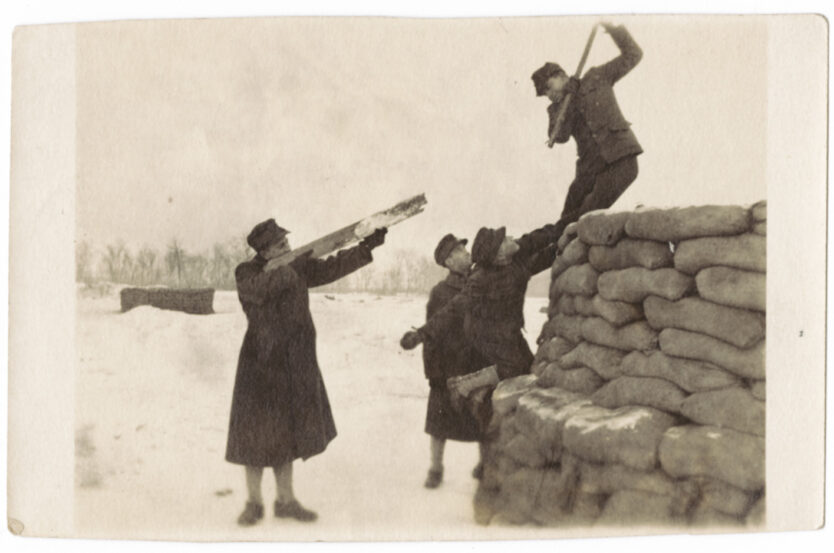 Download the Five Rivers MetroParks Mobile App to find the Argonne Forest trail. The mobile app is a one-stop tool users can rely on for accurate, up-to-date information on trails and recreation information throughout MetroParks, the regional paved trail network and river access points.

Argonne Forest is viewable as a point of interest in the mobile app.